How to fix leaking shower head 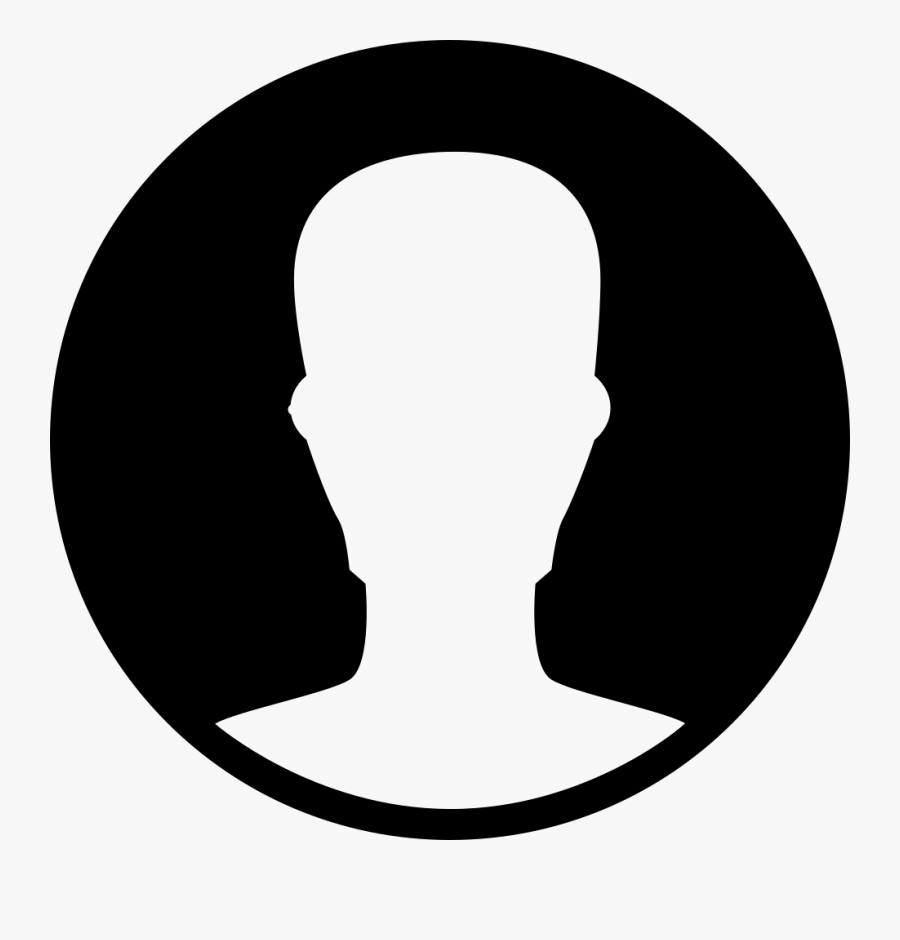 Do you have a dripping shower head? This could be something as simple as a rubber washer to something more serious such as a faulty cartridge. How to Fix a Leaking Shower Head


If the “drip, drip, drip” sound is a familiar nightmare keeping you up at night, it’s high time to fix it. The trickle noise will not only ring in your ears but can also drive you out of control.

No matter how minor the drip, if you leave it for too long, eventually it will add to your monthly bills on not to mention the annoying stains caused by scale.

Plus, if you don’t fix the source of the problem on time, it can turn into an expensive nightmare with a huge cost in plumbing repair and water damage. That’s why a leaky the showerhead should be replaced as soon as possible.

Fixing a dripping shower head is a quick home maintenance task. Yet, to find the source of the problem is 70% of the job, while the fixing takes only a few minutes. With these tips and a little bit of common sense, you will fix it in no time.

Here’s what you need to know.

How Long Should Shower Sealant Last?


A lot of this can be down to how often it is used, the quality of the sealant, and how well it is maintained. A poor-quality sealant won’t usually last as long and may need to be resealed once or twice a year. A good sealant could last ten years, although it is often closer to five.

If your sealant becomes mouldy and you cannot clean it all off, it will need to be replaced quickly to avoid health issues, and you may need to consider a dehumidifier or ventilation system.

While it is down to individual situations, we can estimate that the sealant will last around three years – based on the average between poor and decent quality sealants. 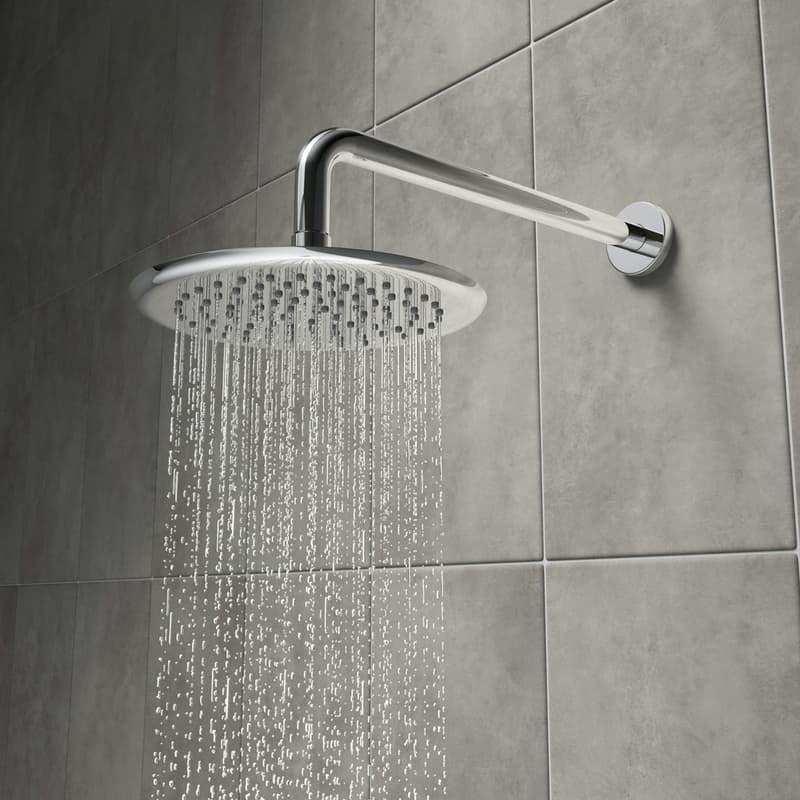 Why Is Your Shower Head Leaking?


Most showers have a simple water cycling process. Water is running from a faucet hidden in the wall to the showerhead where it springs out. As the water travels from one point to another, the signs of a leak may differ from where the actual leak is.

So, the reason behind your leaky showerhead may be:

Finding the reason for the leak is the first essential step to diagnose and fix. Before we go into the practical details, ask yourself the following questions:


How to Stop A Leaking Shower Head?


Here, we will go through the five most common showerhead problems, plus what you can do to stop the worries:

Replace Worn-Out Seals, Showerhead parts like O-ring and washer, like most things in life, are subject to wear and tear. Most often, they break, crack, harden, or split. This deteriorates the watertight seal between the showerhead metal connections. So, there is a higher chance of leaks forming around the threads.

If you seek an adjustable and flexible shower, those with swivel connections are a good fit for your bathroom. The only problem is that with the years the seal behind the swivel assembly wears out.

But no matter your shower type, with time and use the copious amounts of water passing through the shower hardware, you finally get into this situation: water squirts or puddles of droplets on the floor which can lead to injuries the least. Slip and fall accidents are among the top cause and improving the safety for elders is a simple as installing grab bar or rails.

If you suspect a worn-out seal, replace the rubber washer in your faucet. Provided that you have a faucet washer kit, the installation of the new seal is straightforward. Here’s how:

* Step One: Get new seals that match the shower configuration. If you have any doubts when shopping, we recommend bringing the broken seal to your local hardware store, consult with your online customer representative, or turn to your plumber.

* Step Three: Disassemble the showerhead and then replace the defective parts.To avoid hassle and nerves, it’s best to replace the rubber washers together with all other seals.


It should come as a surprise, but often the handle itself can be a reason for a leaky shower head. It is a typical problem for the compression faucets with two separate handles: one for hot and one for cold water.

The problem is that the seal behind them is much more vulnerable to breaks. It wears and cracks more often than the other types of faucets. When the rubber washer or seal wears out, the tap drools or drip from time to time.

If you experience the same problem, here’s what you can do:

* Step One: Bring your hand below the faucet and feel the temperature of the droplets.

* Step Two: When you find out the faulty handle, remove it and replace the seal, or washer with a new one.

Clogged showerhead holes are a common and often overlooked leak-causing problem. Over time, it’s normal hard water, grime, mineral deposits, and rust to cling the tiny nozzles. This clog restricts the water from flowing normally and can be a cause for water seeping through the base of the handle or pipe. As the drainage is slow, the water often keeps on dropping for a while. It’s not so harmful, though.

Also, you may stand under the shower and feel a weaker waterspout. The reasons behind this might be not only the clogged shower holes. Your pipes could be too old and corroded or that shower head could be attached too tightly.

There’s something you can do on your own. Before you take drastic measures, try to clean out the build-up onto your stuck shower head. All you need to do are these simple steps:

*Step One: Turn off the water supply and close the valve by turning it clockwise.

*Step Two: Try to remove the showerhead by hand or use a pair of pliers or crescent spanner and loosen the nut.

*Step Three: Inspect the disassembled shower head and soak it in a bowl with vinegar to soften the sediments. For best results, let it in around 24h.

*Step Four: If there are signs of rust and mineral build-up, apply lime, calcium, or rust remover to the showerhead. Allow the showerhead to sit for a few hours.

*Step Five: Press and scrub out the remaining particles/detergent with a suitable pin, toothpick, or wire brush. Make sure that there is no residual on the showerhead. Then, rinse it under running water.

*Step Six: Make sure the faceplate is clean before you reassemble it.

*Step Seven: Stretch a plumber’s or Teflon tape around the shower arm’s threads. Wrap clockwise 2 or 3 layers of it to prevent future leaks. Re-attach your crystal clean shower head to the shower arm.

*Step Eight: Turn on the faucet, check the water flow and joints for leaks. You should fix the leak.

If cleaning doesn’t help, it might be time to buy and install a new showerhead.

When your shower is leaking all day long, and the problem is getting worse day by day, check the cartridge valve. The primary function of this shower element is to control the mixing of cold and hot water flow. Like the other shower parts, it can wear out or crack. As this piece of hardware comes in many styles, a “one-size-fits-all” solution won’t always help.

Yet, there are common issues valid for all sizes, brands, and types of cartridge valves. So, what can you do to replace the defective cartridge valve?

* Reach it behind the wall.

* Then, unscrew and remove the handle, faceplate, and the cap over the valve body stem.

* Now, you can reach the cartridge stem and remove the cartridge. We remind you it is crucial to buy identical cartridge valve matching the existing shower components.

* Once you have the newly purchased cartridge, install it, and re-assemble the faucet.

Is a leaking shower dangerous?

A leaking shower can cause mould and bacteria proliferation which can be dangerous, and in a worst-case scenario, structural damage. As it is quite possible for mould growth to occur beneath a shower door frame. However, this should be primarily viewed as a structural issue rather than a health concern. The leak could eventually lead to rot and compromise the structural integrity of the subfloor.

The diverter valve is nothing more than a fancy name of the lever that allows switching the flow of water to the showerhead. Even if it’s a sturdy part of your shower system, it is subjected to the effects of time. So, eventually, it gets worn or loosens. The problem is that the loosen diverter valves can make it hard to turn the handle. This leads to subsequent leak problems at the showerhead or faucet.

When you wish to replace the part on your own, prepare for a tough task. Before you do anything, stop the water supply either by shutting off the water supply to the valve or the entire bathroom. Don’t forget it as you may flood your entire property. So, there are a couple of methods for you to try depending on the type of the diverter valve.

The first thing you need to do is to take out the handle. It’s simple, but when your handle corrodes, it often gets stuck. Next, disassemble the valve assembly and take out the diverter valve. Now you can check for wear or damages. If it looks damaged, you need to replace the entire assembly. Otherwise, it’s the perfect time to pour on it some vinegar and get it clean and polished.

You can begin by unscrewing the plate located under the faucet. Once you removed the diverter valve, inspect its condition. Disassemble, check the rubber seal, clean any grime and deposits, or replace the diverter valve with an exact match, if needed. When you are ready with the fitting procedure, re-assemble any of the faucet parts you unscrewed. If the leak stopped, the diverter valve was to blame.

Why Is It Best to Hire a Professional Plumber?

If you have already tried tightening the diverter valve or replacing seals, and the leak still exists, you may need to take extra action. The problem could be a broken pipe or improper shower head installation. Leave it to the professional plumbers who know how to diagnose and repair the issue.

Dealing with faulty valves and plumbing can cause loss of a massive amount of water, energy, and what’s worse – structural damage. The Fantastic plumbers in London have a full arsenal of high-grade tools and years of expertise. So, they can replace any of your shower parts and fix the plumbing issue quickly and reliably.

To Conclude Hopefully, this guide has helped you to identify the reason for a leaky shower head and fix the problem correctly so that you can enjoy an efficient and functional shower.

Remember, no matter how small the leak or drip appears, it’s crucial not to ignore the issue. Waiting too long can not only wastewater but also escalate in significant damages. If water is continuously dripping over the surrounding floor and walls, expect stains and rust around the drain, mould, and excess moisture.

An innovative idea is to inspect the showerhead and check the seals at least once per year or if you find puddles on the floor. Any undetected leak or faulty shower part can lead to a more serious plumbing problem. Prompt tackling of the problem is good for your wallet and the environment.

How to fix a leaking shower head.

How do I know if my boiler needs Replacing?